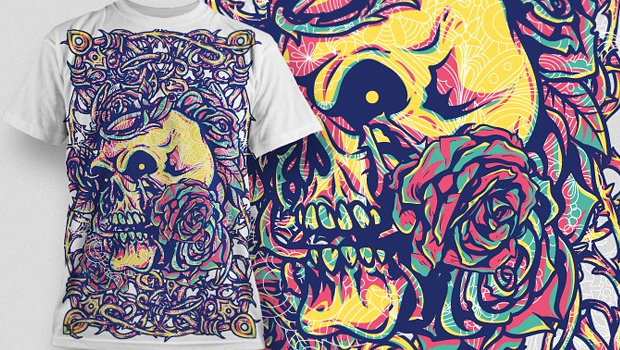 People have various tastes especially when it comes to what they wear. That includes the t-shirt design that they prefer to put on. Some men would love to wear shirts that have strong appeal and would deliver quite tough messages. An example of that are grunge skull shirts that most commonly come in black and white but are also done in different colors. No matter how sinister skulls may appear, it still became a subject for arts which is the reason why they were on t-shirt prints.

Variations of grunge skull designs emerged especially when the era of computer designing came. You will see this in the designs below. You can also observe that each designer has something a bit eerie to express in their works. You’ll get to know what we are talking about if you’ll see the grunge skull prints on t-shirts below. So, scroll down and check them out.

The Fall of a Villain 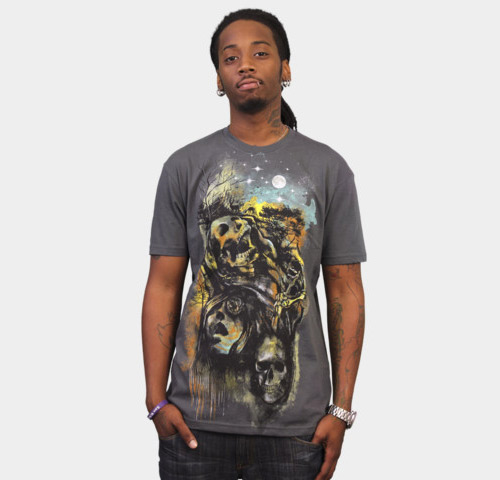 Creepy skull designs that are mashed into a rugged landscape to manifest their downfall.
Designer: Cadzart 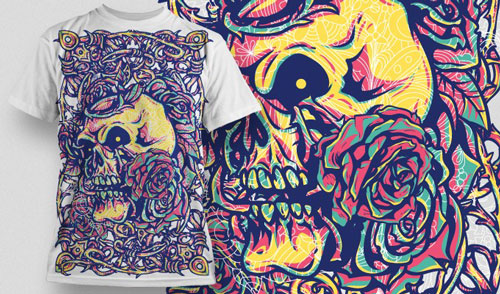 Colorful grunge t-shirt with thorns and roses around the skull.
Designer: Designious 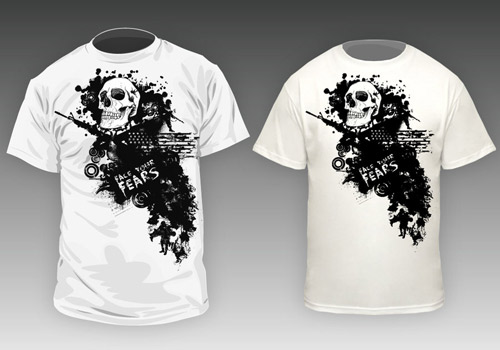 A closer look at this design will make you like it even more due to the details it has below the skull part.
Designer: Xymbiant

Half-tone brushes sure made this one look truly great especially when it was done in monochromatic.
Designer: AveryTJ23 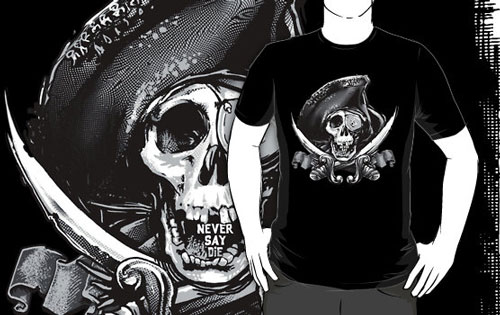 A one-eyed pirate skull that seems to scare you away but urges you to “never say die”.
Designer: Jimiyo 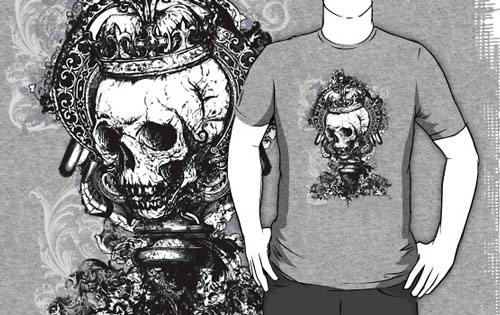 What’s this? A kingly skull or a scepter skull? Whatever it is, this one is a well-designed shirt.
Designer: Enok 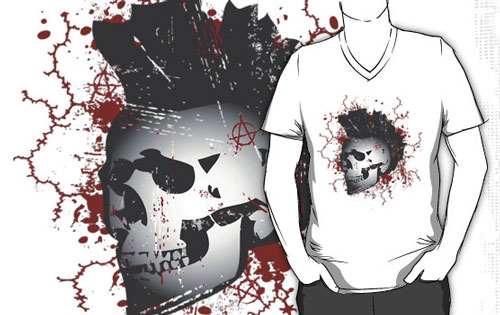 Splashes and grungy touches made a difference for this skull design of contrasting colors and red combined.
Designer: RockHouseCo 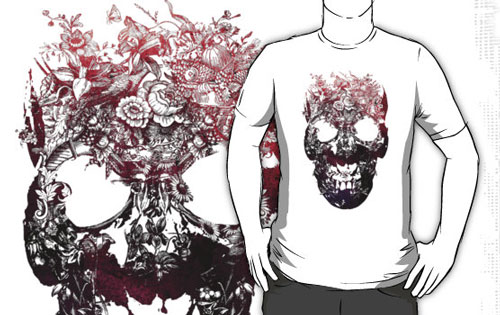 Flowers and leaves growing in this skull which is made even unique due to the red and black colors used.
Designer: Ali Gulec 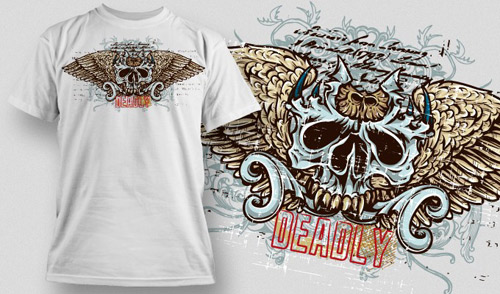 One at this one and you’ll sure agree that despite the minimal elements it has, it still looked good.
Designer: Designious 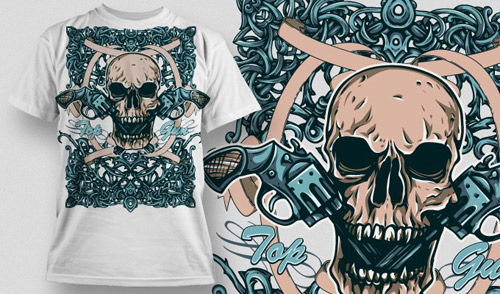 Intricate swirls around this skull with two guns gave this design a strong and manly appearance.
Designer: Designious 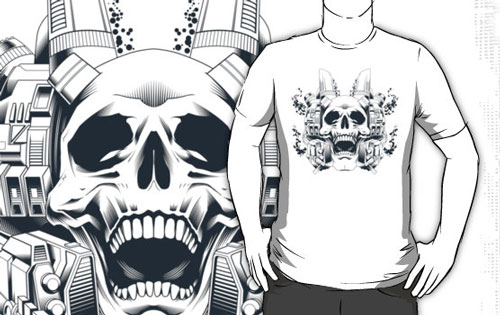 A robot skull with all the dots and lines that gave it a grunge look.
Designer: Scott Robinson 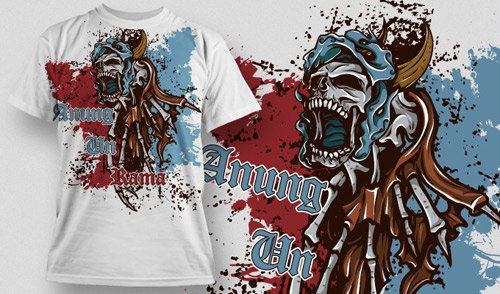 Splatters everywhere for this skull that is creatively made.
Designer: Designious 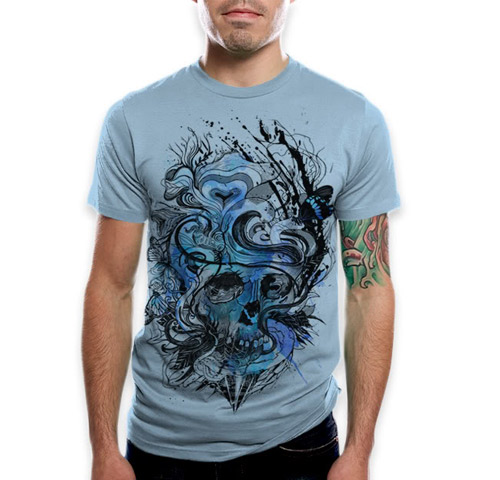 This skull design is a combination of a charcoal drawing and graphics.
Designer: Nicebleed 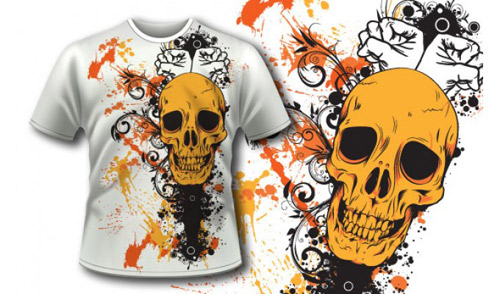 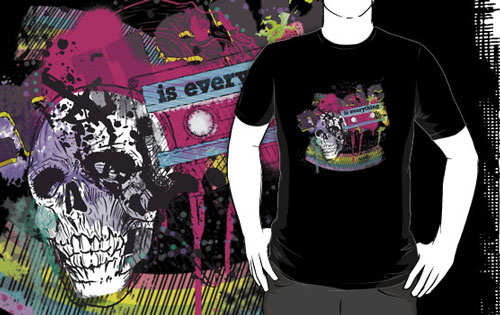 Love music or love skulls? Combine both tastes and for sure this design will fit your likes.
Designer: Tiffany Atkin 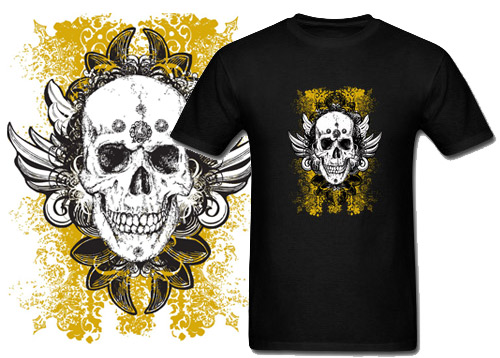 Grinning winged skull on a grungy yellow background that highlights it even more.
Designer: M.Trey 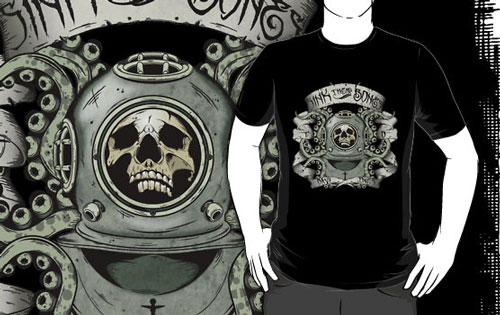 This one is like a skull inside an armor or something with all the tentacle like design that surrounds it.
Designer: Ccourts86 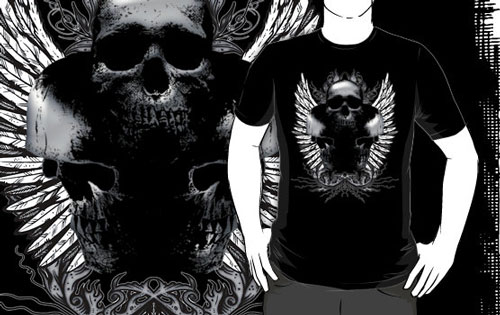 Winged skull looked grungy due to the touches it gave to the three skulls in the center.
Designer: Spyder 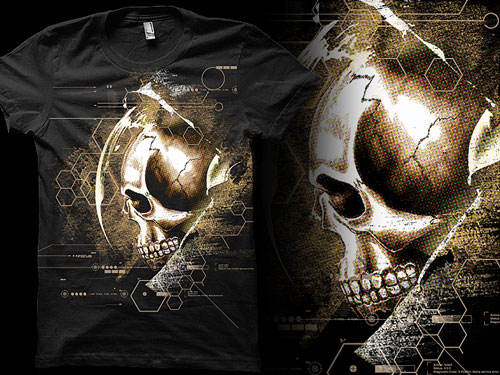 Combine skulls with technology and go a bit geeky with this design.
Designer: Ingkong 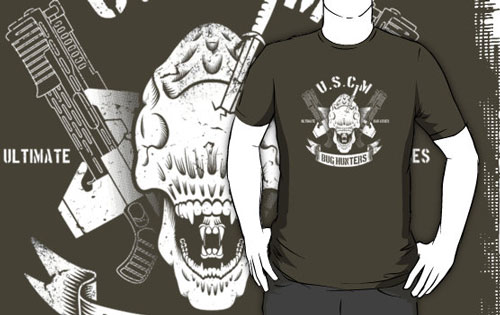 A skull within a skull? Seems like smaller version of the jaw part is inside this one!.
Designer: Brandon Wilhelm

These grunge skull prints look a bit creepy but many men would like to wear them. Maybe because of its uniqueness and strong appeal. But whatever their reasons are, these prints are really a hit especially if they are as well-designed as the above grungy skulls. How about you? What t-shirt prints do you like most? Do you prefer designs with cleaner looks than grunge ones? Well, whatever you desire, we will surely have that on future posts here in Wertee.