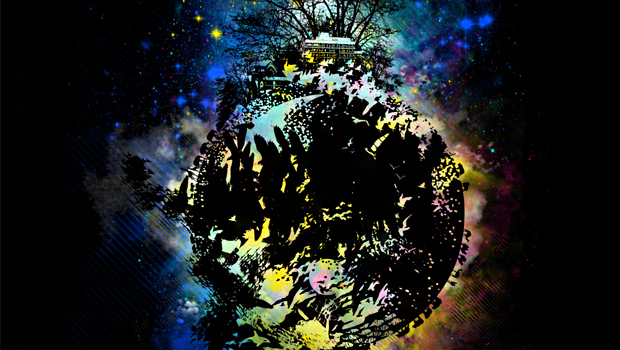 The Earth is the most beautiful planet in the universe. We love our planet because this is our home. Aside from the beauty that we can see from trees, oceans, animals and other creations on Earth, it also looks lovely even from outer space. Well, you might have seen different images showing our planet and its beauty is indeed incomparable to other nearby planets.

There are t-shirt designs that feature the planet Earth in it and we will be showing you a round-up of these designs today. They are done in different styles from photographic to cartoon designs. We are sure you will be able to choose a favorite from this list. You’d surely feel cool once you wear tee with any of the prints below. Scroll down and take a look at what we have collated: 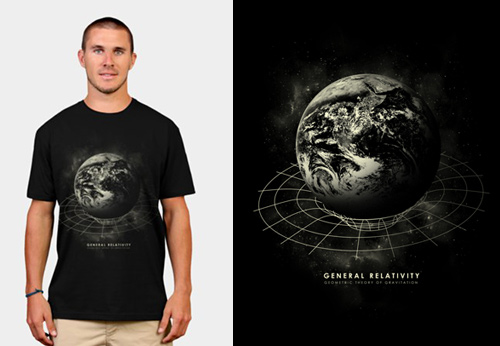 In black and white, Earth looks great with added grids to show some theory.
Designer: Azrhon 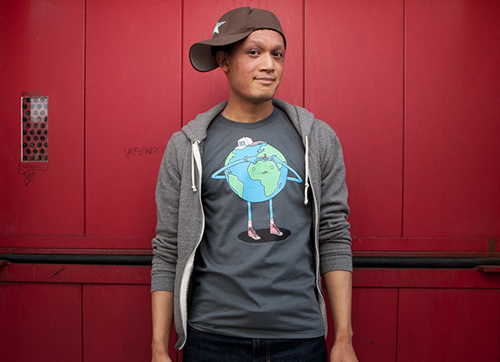 One of Haasbroek’s pun illustrations showing planet Earth pooping a tree out of it.
Designer: Jaco Haasbroek

Until The End Of The World 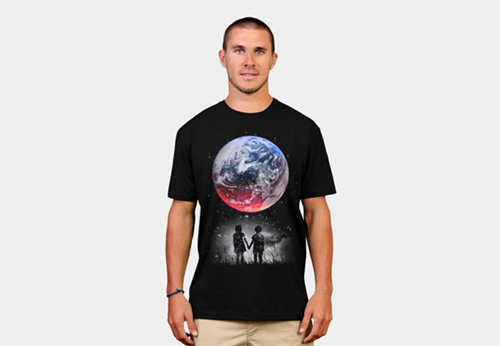 A design filled with emotion as these kids hold hands and vowed to stay together until the end of the world.
Designer: Jorge Lopez 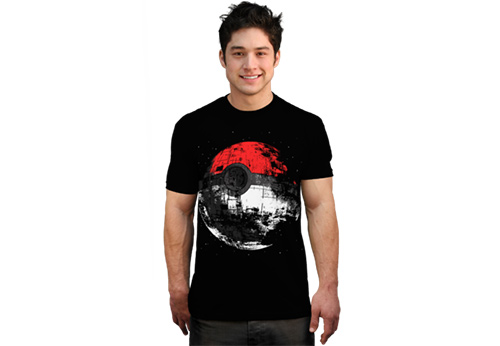 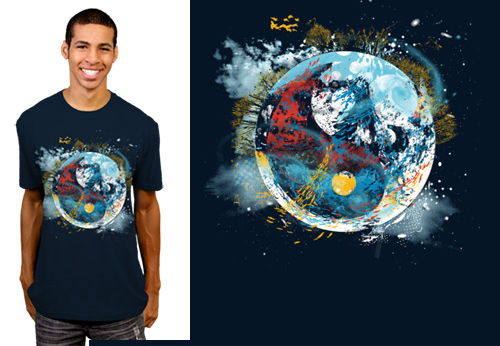 You can see a burst of colors in this planet earth which seems to show how varying things around it.
Designer: Kharmazero 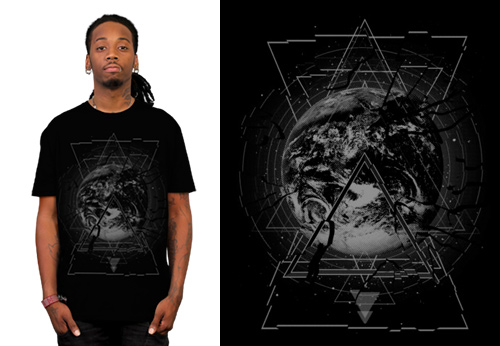 Do you think this planet is really broken?
Designer: Cyanide032

Man on the Moon 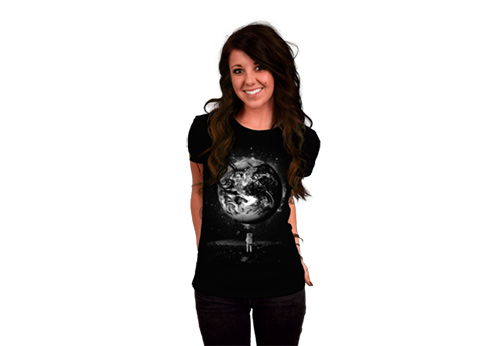 A man on the moon gets a good view of the Earth’s beauty.
Designer: Collision Theory 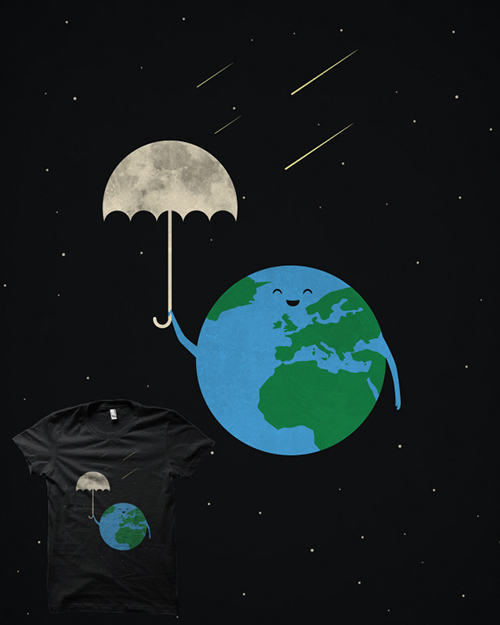 An illustration of the moon and the Earth reflecting the moon as an umbrella.
Designer: Filiskun

Be On the Safe Side 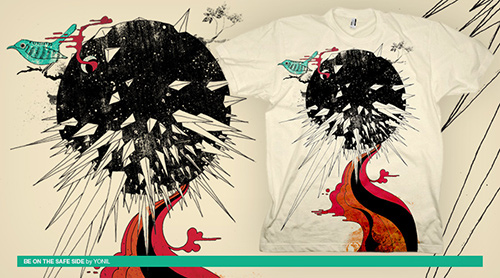 Is there really a safe side? An abstract illustration of the planet with some hidden message in it.
Designer: Yonil 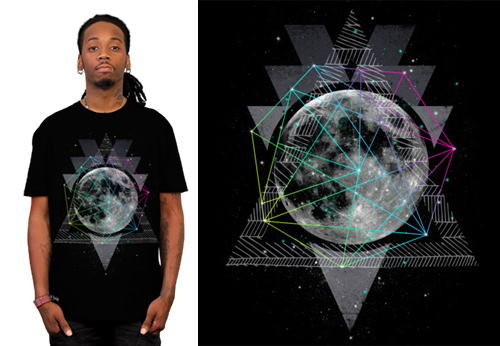 We love the simplicity of this design as well as the geometric lines in it.
Designer: Expo Graphics 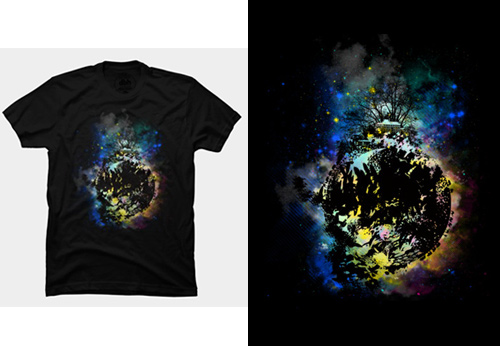 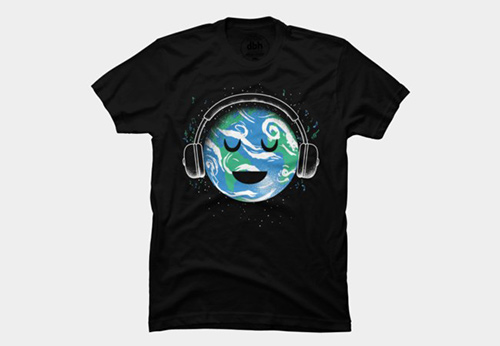 The Earth is happy depicting the happiness people get when listening to music.
Designer: Biotwist 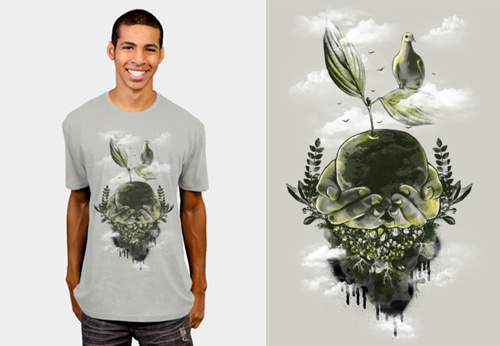 An apple was used to illustrate the planet. You can also see other elements in this design that wraps up to the message of peace.
Designer: Cadzart 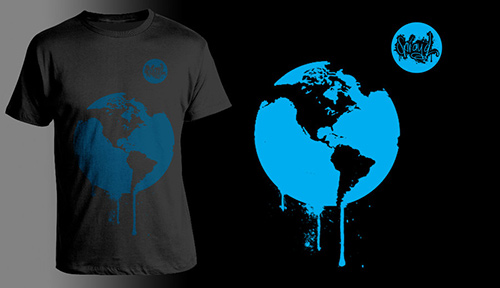 A simple but beautiful design of the earth in stenciled and sprayed paint.
Designer: JasonWither 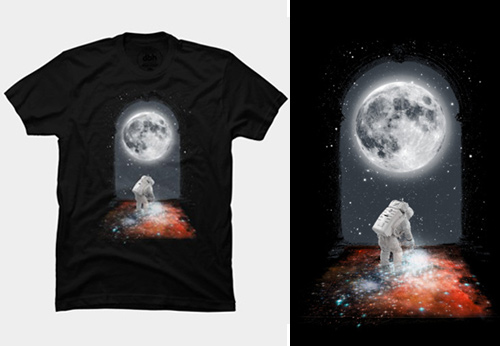 A man on the moon with magic dust. You can also see the magical beauty of Earth here.
Designer: Collision Theory

Are you a fan of Earth tees? If you are, then we are sure you liked this round-up. The design of the t-shirts above varies in style which gives you different choices on what you might love for a t-shirt. It is surprising that our planet looks beautiful even in black and white as seen on most of the t-shirt designs above. But aside from our planet, there are also other beautiful things seen in the universe which we will also feature soon. Be back and check on more t-shirt designs here on Wertee.