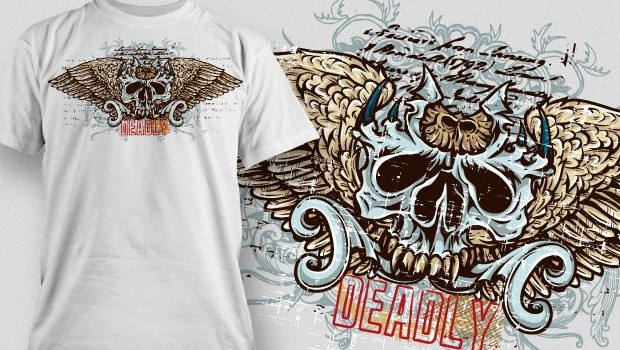 Wings are favorite design elements for grunge and gothic designers. For them, it could both symbolize the light and the dark world. Some even combines those in one design but mostly stick to a dark themed design. Wings are combined with other elements like skulls, hearts, war shields and others. But sometimes, these are made into chic looking designs while retaining its grunge look especially when the shirts are for females.

For grunge and dark themed tee design fanatics, this could be the list you are waiting for. Not all people love the grungy look but some just look cool wearing these tees. If that is your taste, then this round-up is for you! Scroll down and go fierce with today’s feature of gothic and grunge wing designs on tees. 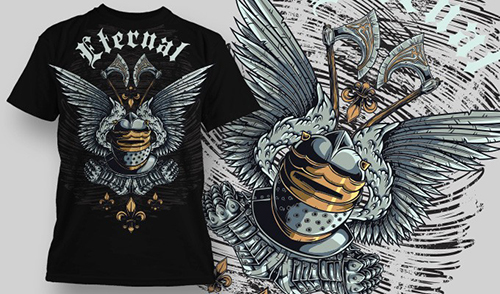 A knight with wings can definitely do more than just protect the castle’s royalty.
Designer: Designious 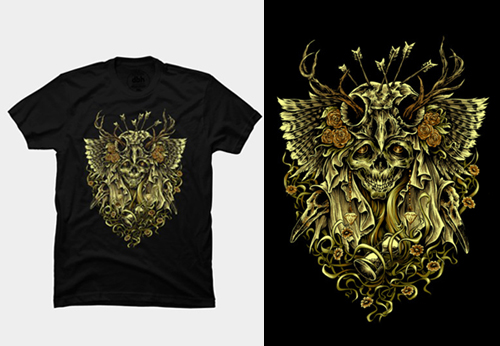 The skull as well as the other details of this shirt was meticulously done!
Designer: Zakihamdani 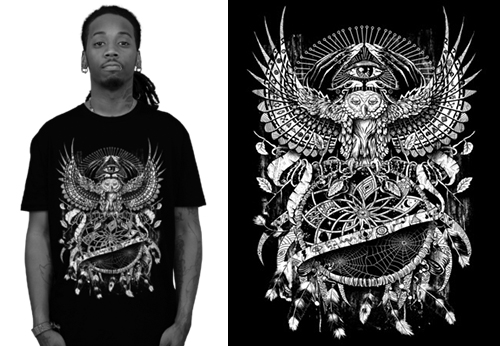 An owl made with a grunge theme- what can you say about this?
Designer: Qetza 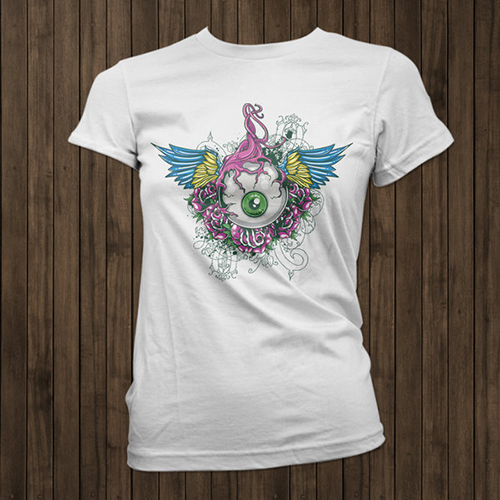 The artist define this as a “twisted symbolism of the saying beauty is in the eye of the beholder.”
Designer: DarktideTees 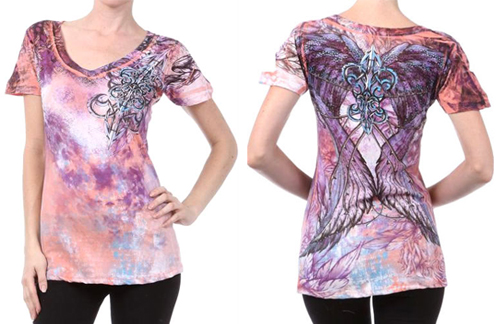 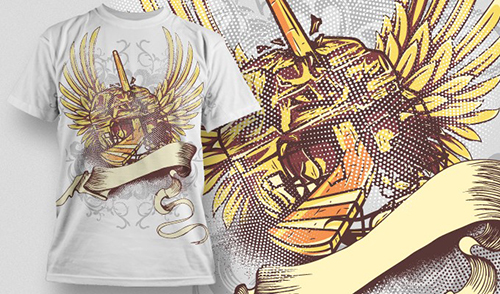 Another shirt that shows a knight’s helmet but it was designed with wings and grunge.
Designer: Designious 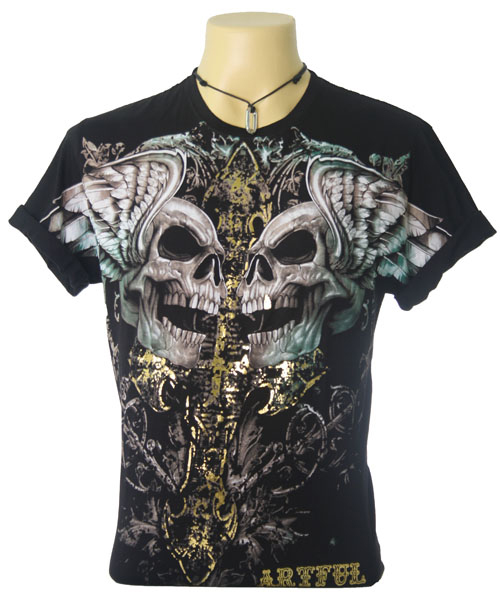 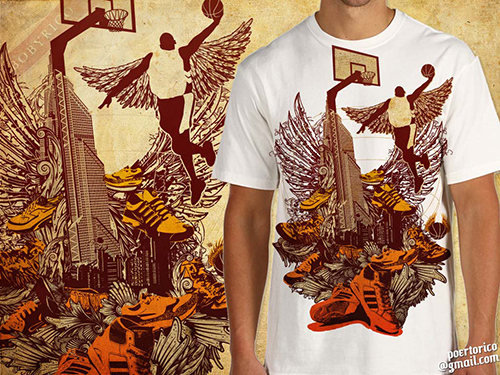 Who would think that a basketball shirt can actually be done in this manner?
Designer: Poertorico 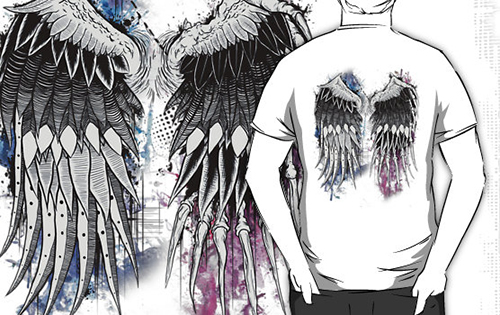 Two different wings- one for an angel and the other for the bad guys.
Designer: MarcLothsArt 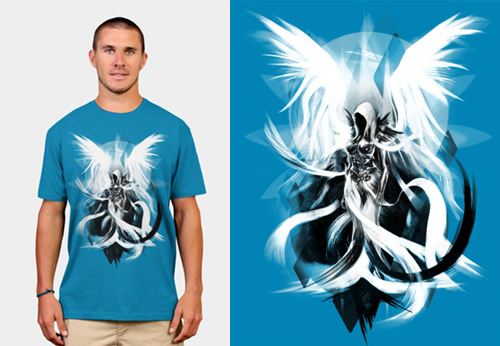 This one has minimal grunge touches but this winged creature sure looks lovely in blue and white.
Designer: Pikkewynman 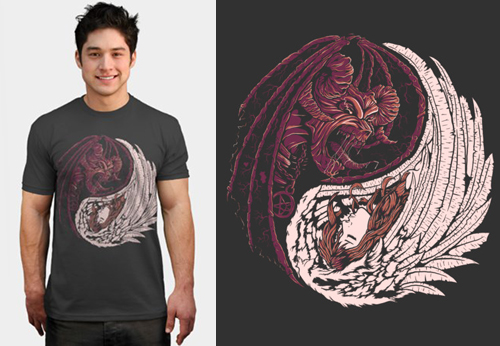 A twist on the design of the Yin Yang showing an angel and a demon wings.
Designer: Reginald C Abellana 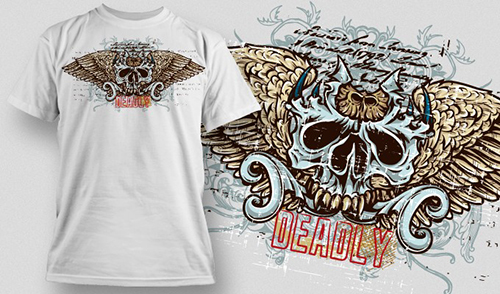 A detailed wing with some ornaments around it and a skull in the center.
Designer: Designious 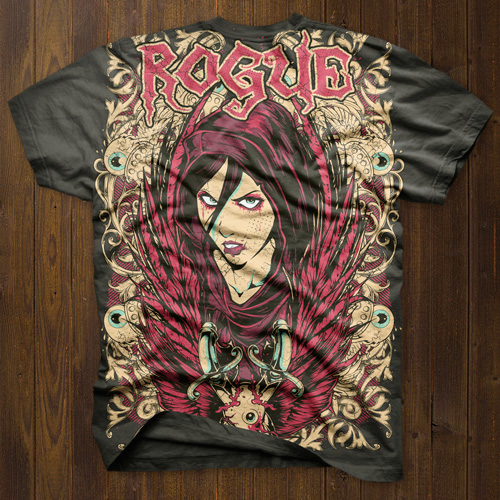 A rogue female wrapped with red wings. Take a look at the eyeball art around her making it look grungier!
Designer: Tshirt Factory 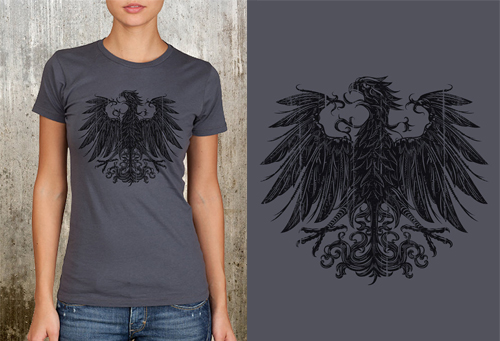 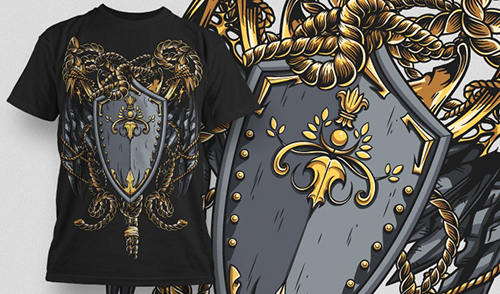 A rope, a shield and the wings- when combined it turned out to be beautiful.
Designer: Designious

Totally gothic and grungy like? The designs we collected come in various types and styles but they do have wings and might suit your taste. Have you picked a favorite design? We hope you did, if not, come back for another batch of t-shirt design inspiration!