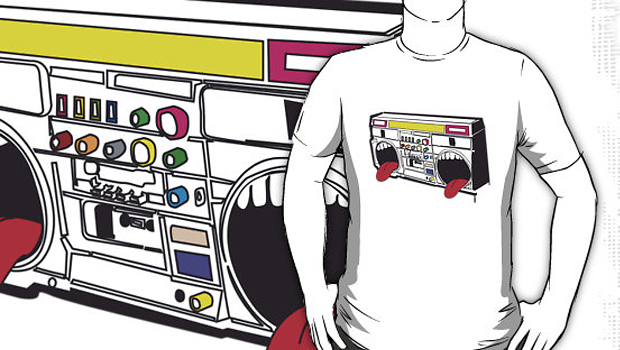 For sure, most of us have seen stereos since they had been around for a long time already. Stereos have two or more speakers that make sound bigger even if it comes to one source. It used to play cassette tapes before and record audios but these days, it already play CDs. Stereos can be considered one valuable item when we speak of music. It is also called by some as a boom box because of the kind of sound it gives.

That is why we will be giving you some t-shirt designs with stereos as prints today. But instead of the current stereos that we see, we will show you the ones that could hold cassettes instead. Look into how the designers creatively used stereo as a subject for their designs. Scroll down and check on our showcase below: 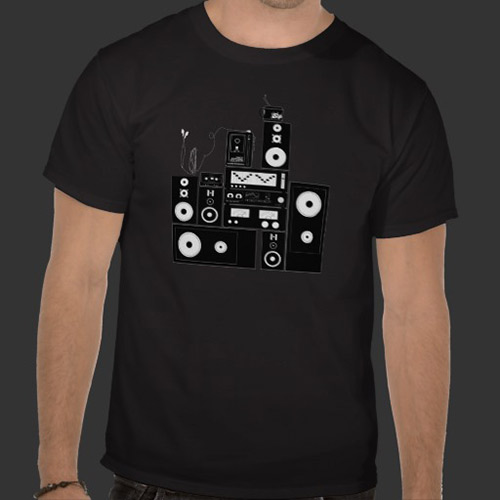 The arrangement of the sound boxes made this print look creative.
Designer: RealFancy 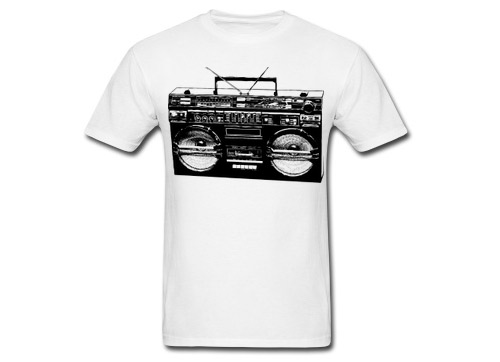 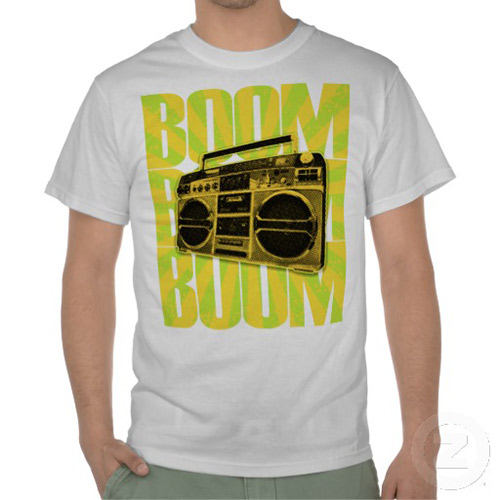 Some stereos can be carried around especially when you want to have a good time with friends with a boom boom boom!
Designer: Electric Popspot 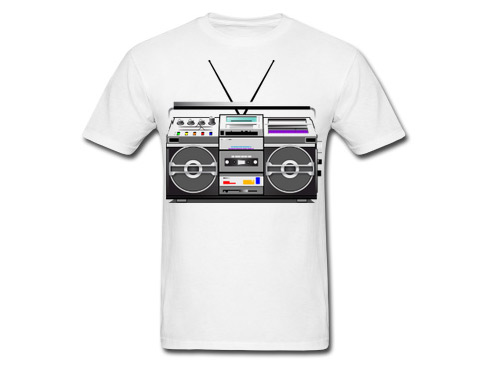 The details on this shirt are just amazing. The artist really did a good job in designing this print.
Designer: BigInJapan

I Kick it Ol’ Skool T-Shirt 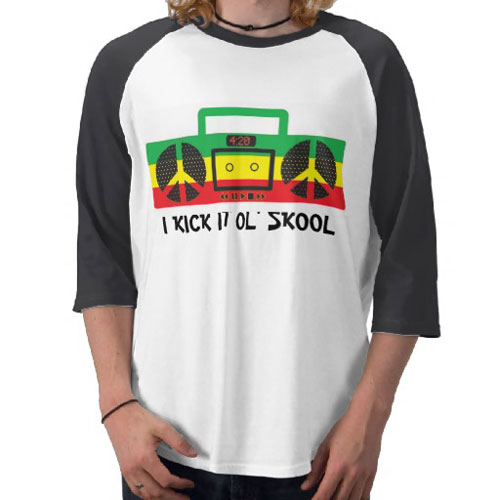 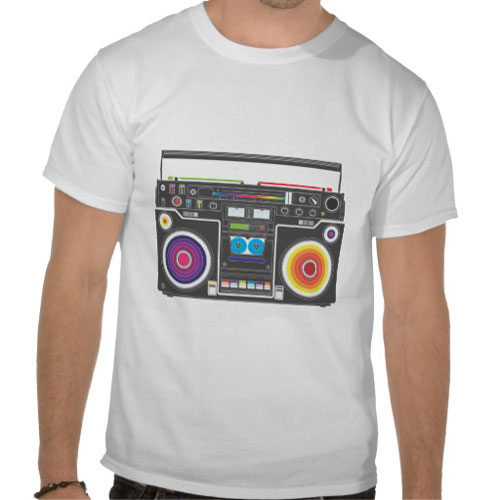 A retro inspired stereo with circles in different colors that make up a rainbow. It’s like giving an impression that life with music is colorful.
Designer: BlueAngel85 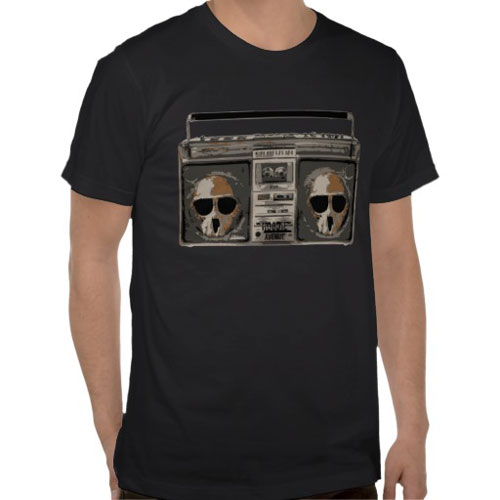 Skulls that rock sure is a creative concept for a t-shirt design. Combination of stereo and skulls- two must popular prints we can see.
Designer: hoodieavenue 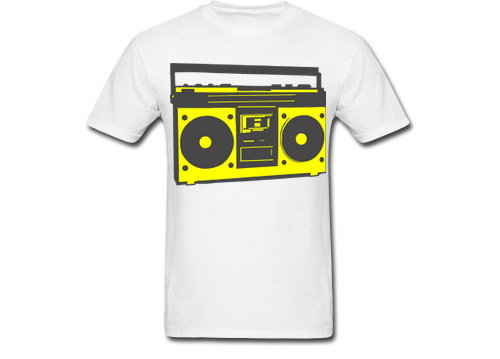 A stereo placed in a different perspective with its black and yellows to create a two-toned effect.
Designer: BigInJapan 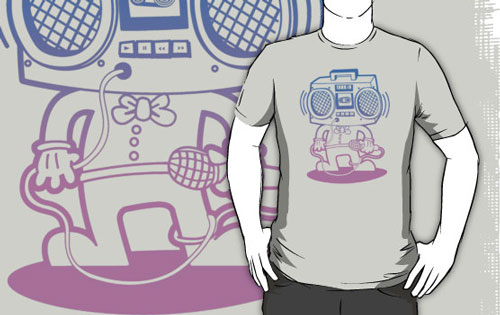 Cartoon stereo as the head of this musician who seems like having a great time singing along with the music.
Designer: jumpy 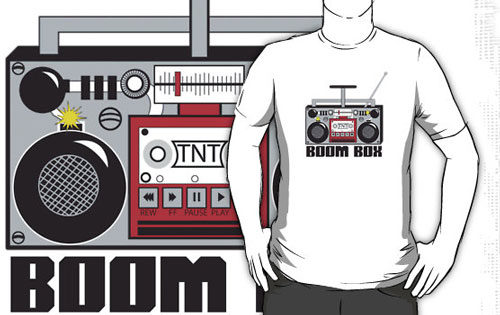 A well-design stereo with great details on it coming out with a bit techie look.
Designer: GreenHRNET 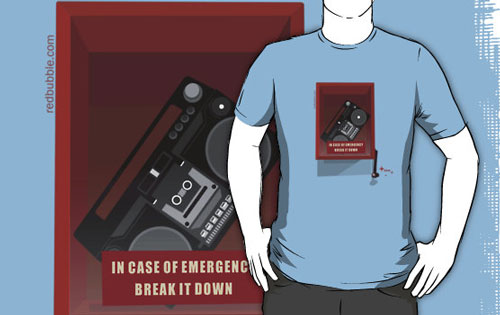 For music lovers, instead of getting an ax during emergencies, it would be a music maker. Now, break it down!
Designer: jaywalker 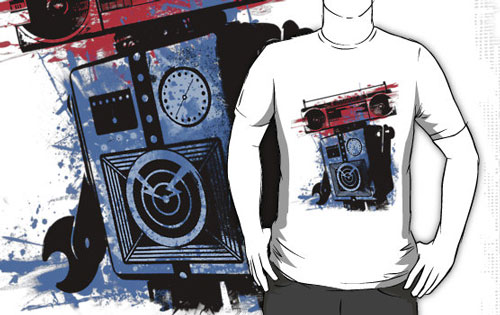 A grungy design with a robot-like stereo in blues and reds.
Designer: Luke Stevens 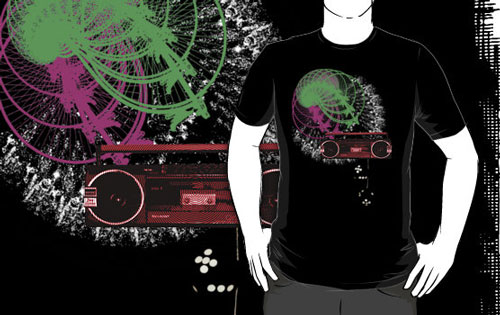 Stereos sure are a thing of the past that is why most of the designs get classic touches like this one.
Designer: Luke Stevens 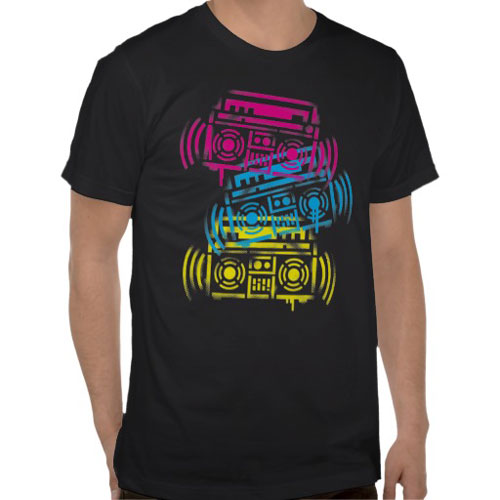 Stenciled stereos in three colors are being highlighted in this design.
Designer: JohnNissen 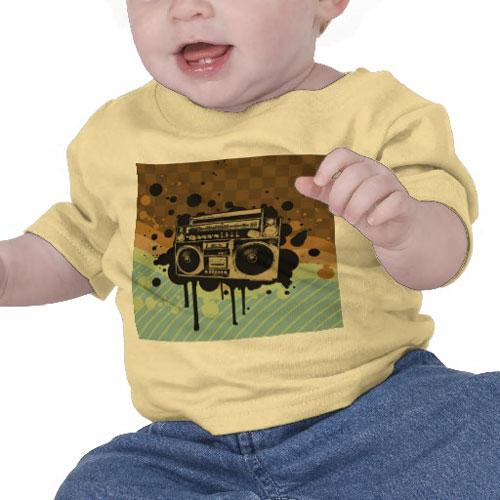 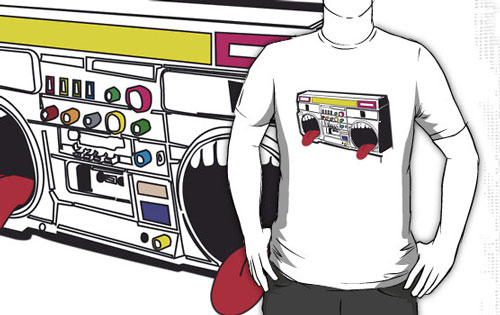 Who would think that the stereo’s speakers can actually speak with teeth and tongue?
Designer: James Lillis 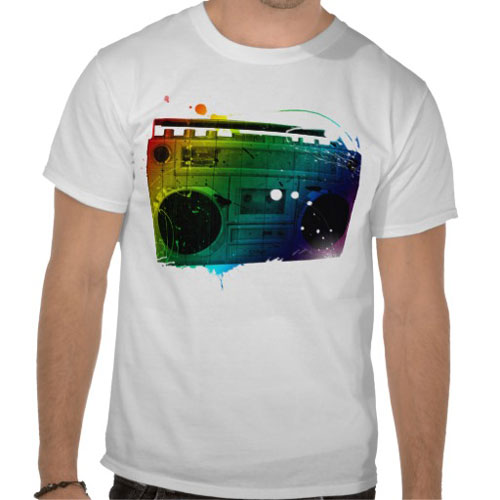 Creative and artistic design of stereo with pops of various colors from a rainbow.
Designer: OktoSoup 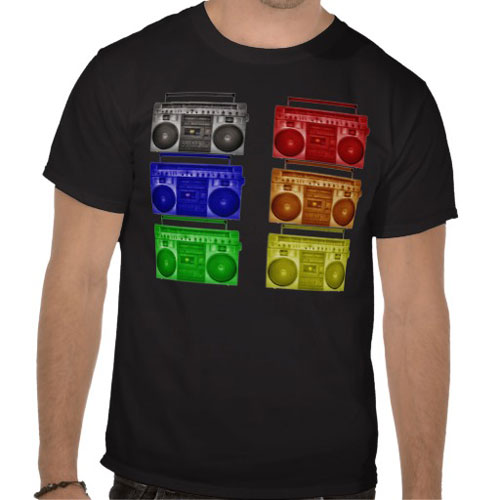 Six identical stereos which were merely changed in color to get a good effect.
Designer: jammclo 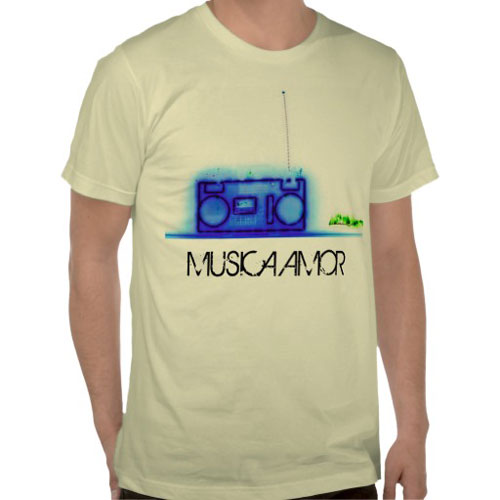 Seems like sprayed right into the t-shirt. A simple yet artistic design.
Designer: sambcruise 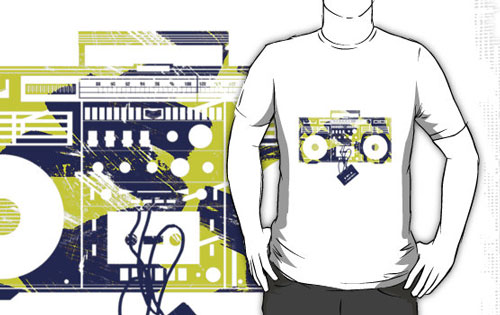 Well, just like the other t-shirt designs that we have given you, the designers always look for ways to come up with unique designs. So, there you have it, our collection of 20 stereo t-shirt designs for music lovers ad t-shirt enthusiasts as well. 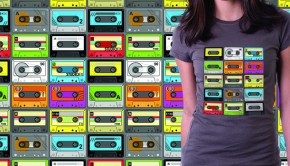